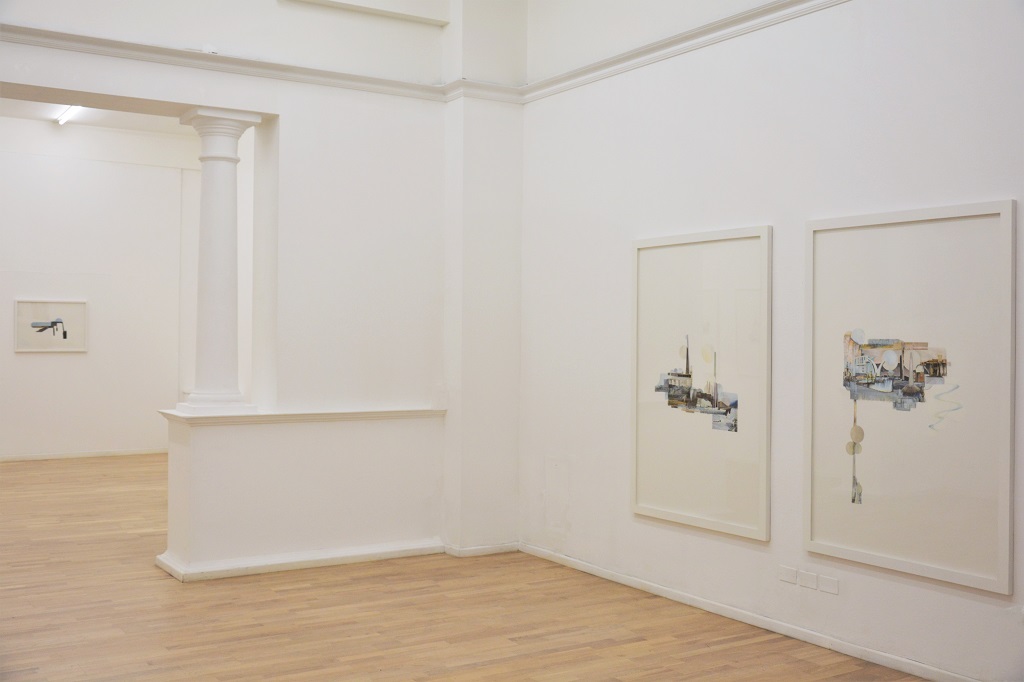 The A wormole exhibition by Amedeo Martegani (Milan 1963) is a site specific project created for his first exhibition at the AF gallery. The installation consists of a corridor, almost 15 meters long and 1.7 wide, made up of wooden panels on which 11 images from the artist's drawings have been silk-screened. On the right wall, about halfway along the route, a peephole has been inserted from which you can see an architectural structure that is not well defined, for some a bridge, for others a table. This is how the artist describes his work in the press release: «A “wormhole” is a hypothesis of the quantum world that foresees the existence of a tunnel that can communicate one space, or a peculiarity of space, with another. It is not only the hypothesis of a faster movement between two parts but also a condition that allows those who cross it to change their inclination and therefore destiny. This wormhole in its path contains a singularity that thickens in a point what could not be contained in space».