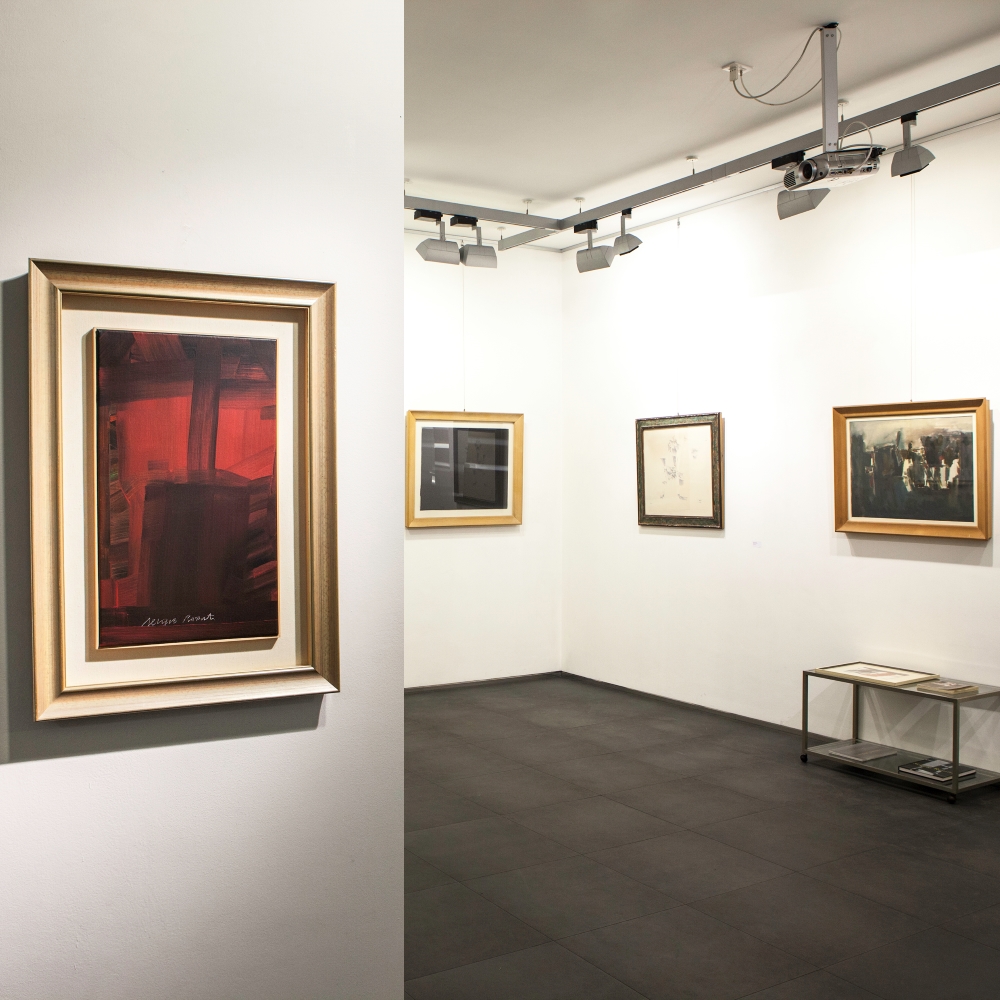 The Transavanguardia theorized by the art critic Achille Bonito Oliva, was a fundamental moment for the art that closed the 20th century. Firstly, there was a preponderant desire to return to to paint and therefore to abandon the cold and detached tone of Arte Povera and Conceptual art. With Chia, Clemente, Paladino, Cucchi and de Maria, between the late 70s and the first 80s painting took back his leading role, not only in art galleries and museums, but also in the taste of the public. This “return to painting” was hailed as a liberation, because by then Conceptual had become sterile and academic. Secondly Italy has thus found in this mode of making art its roots and culture again. Italian art is fundamentally bound to painting and color, and the artists on show demonstrate it widely. Sandro Chia in particular, perhaps because of his Florentine origins, has always been the one who has been able to renew the tradition of the Avant-garde of the first twenty years of the past century. Chia has been able to look at the painting tradition of the 20th century - think of the memories of Sironi and Severini - with a sharp, never simply laudatory, eye. The Transavanguardia does not indulge in the quote; it goes beyond Avant-garde movements without denying them, accepting and exalting them instead. Sandro Chia proves not only an extraordinary ease of composition and use of the color-line, but also an ability to go through techniques and styles with a unique awareness. The style of Mimmo Paladino is rougher and more "primitive", full of echoes of the ancient Mediterranean cultures, centered on the themes of fragment and memory. The exhibition includes also the work of Francesco Clemente, the artist of the group who is renowned the most in the United States, where he resides. In his Self-portrait, Oriental influences show in the dematerialized color and in the evanescent lines, that trace the space without indenting it.