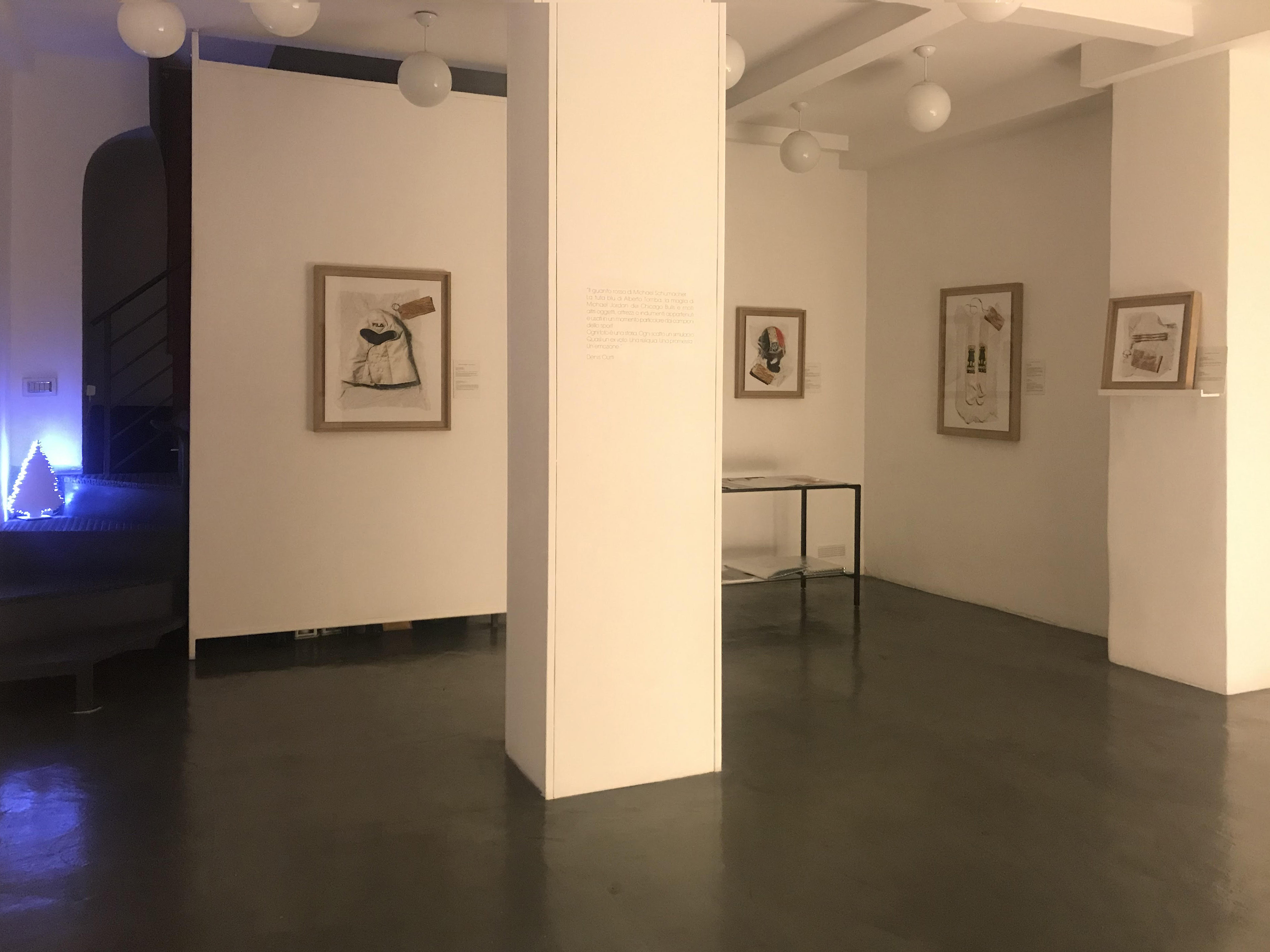 Witness 1: 1 by Marco Craig is a collection of objects, memorabilia, not at all fetish, gravitating towards to the symbolic enhancement of a contemporary story-telling, and accompaning us in the heart of historical sporting events. It is the case of the Colnago Nuovo Mexico bicycle with which Giuseppe Saronni writes a page in the history of Italian and international cycling. It is September 5, 1982 and Saronni, hands down on the handlebars and with a powerful pedal stroke, wins the world championships in Great Britain with what goes down in history as "the Goodwood shot", perhaps the most spectacular sprint in the annals of two wheels.
Another cult object is the helmet worn by Giacomo Agostini, motorcycling champion, in the races of the Brno Grand Prix in Czechoslovakia. It was July 20, 1969: Neil Armstrong, Apollo 11 astronaut, set foot on the moon and Agostini, won two world titles in the "350" and "500" classes with the MV Agusta. This victory, as well as the moon landing, is a historical fact: that year "Ago" wins all the races and to date is the most titled rider that motorcycling has ever known.
The white balaclava that shaped like a heart, preserves the exceptional nature of the enterprise led by Reinhold Messner for future memory. The Italian mountaineer and climber wore it when on 8 May 1978, with his partner Peter Habeler, he reached the summit of Mount Everest without oxygen.
Craig's photographs are the result of a meticulous investigation that selects a list of historic sporting events and puts the immortal, iconic objects and clothing used by athletes at the center of each image and transforms them from their apparent Sill Life nature into portraits. Inserted in vacuum bags and accompanied by a label that tells the peculiarity of the event experienced, they are all printed in 1: 1 scale in a logic of correspondence with the object taken.