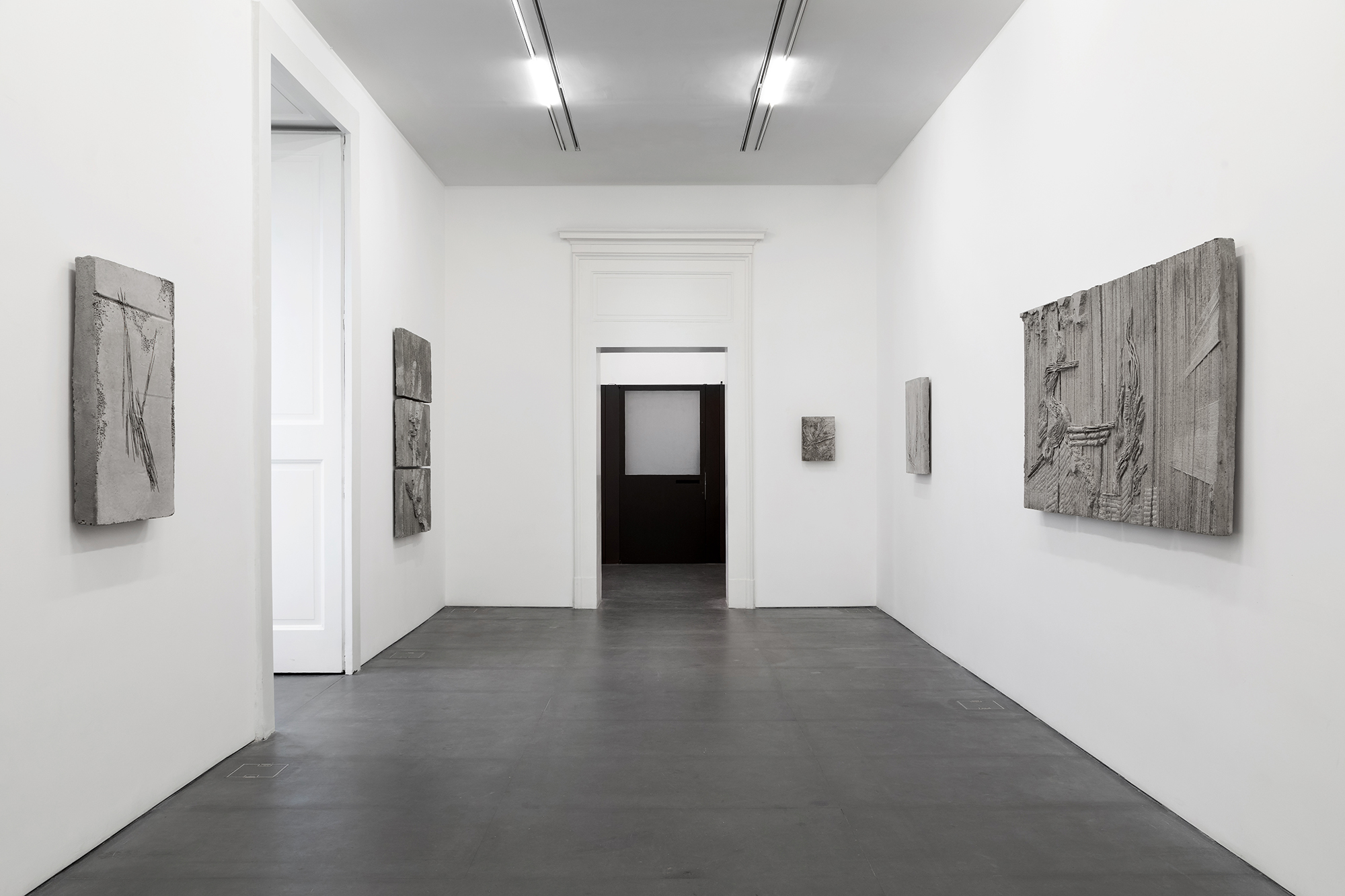 Weightless is the title of Luca Monterastelli's latest solo exhibition at Lia Rumma Gallery in Naples. In Weightless, Monterastelli’s new sculptural works question the shift from gravity to “weightlessness”, as the title suggests. “I want to examine how memory works,” he says, “and explore the origins of the narrative and its inevitable corruption. After all, Naples seems to be the perfect place for this: it’s a city full of phantoms and phantoms are the verses of history”. The artistic research of Luca Monterastelli (Forlimpopoli, 1983) takes its cue from some of the fundamental principles of sculpture, among which the artist himself includes “weight, the transferability of our energy onto an object-body, our perception of the three dimensions, and the relationship between surface and mass”. And he does so by using a variety of materials, such as plaster, terracotta, cement, and iron, for the metaphorical potential for transformation inherent in each one, but also for the symbolic and political value of the way they have been used down the ages. He de-constructs forms in order to rewrite them in a free-for-all of narrative tension. Luca Monterastelli tells us a story with his materials, with an obsession to understand that the “not finished” already contains everything and, at the same time, that not everything is written forever in the “finished”.