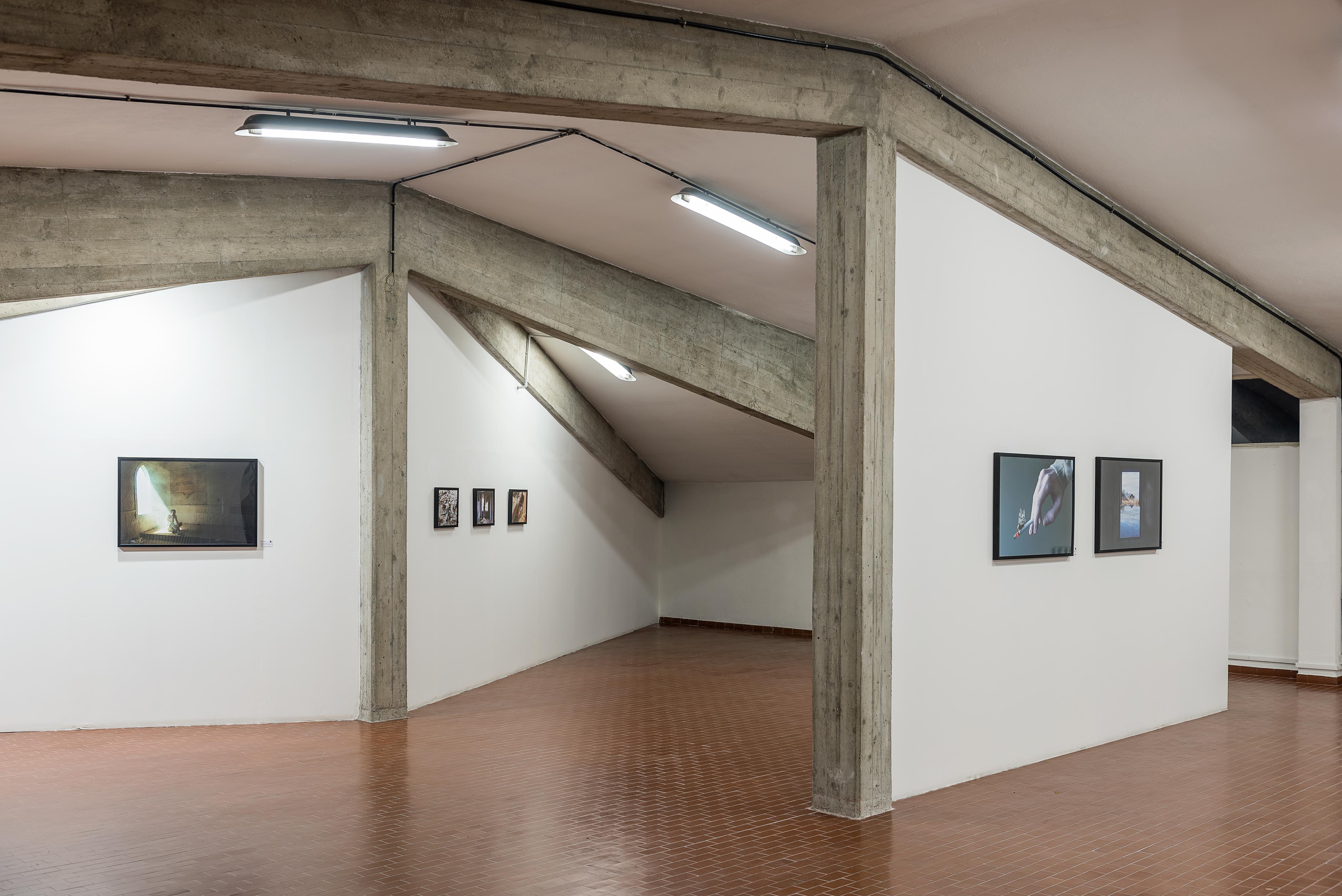 Curator: Lara Gaeta
Until: 13th March 2020
“Abandoned homes often have a strong sense of disorder...” The solo show Sinking Ship of the American artist Kyle Thompson (Chicago, 1992) takes its name from his last photographic series and from the catalogue of the same name published in 2019. The exhibition is made up of photographs and self-portraits taken in different American and Canadian ghost towns, totally abandoned or with a irrilevant population that doesn’t reach five inhabitants each. The states taken into consideration and visited by the artist are Oregon, Washington, North and South Dakota, Wyoming and Saskatchewan. Besides the photographs, the exhibition includes also some handwritten letters, replies to Thompson written by people that still live in these towns, who describe their personal experience, and an editing of video footage which the artist has obtained putting cameras into abandoned homes to document the secret movements of animals and people. The social and anthropological investigation carried out by the artist on the “other” America, that of the Midwest and of the so called wasteland, which doesn’t seem to bear any sign of civilisation, is perfectly conform to the mission and to the social-political aim of the gallery, which is not limited to the aesthetic of art but embraces its ethical side. Making art actively means shifting the focus from the product of art to the meaning that artistic action assumes: in this case Thompson denounces the non-place of the abandoned towns, making evident this concealed issue of the American society. Anyway, in the empty and desolate scenery depicted by the artist, it’s possible to glimpse some fleeting life forms. This can be seen in one of the most significant photographs of the series: Birds Nest, where two swallows are portrayed soaring through the air. They are building their nest right between the walls of an abandoned house.