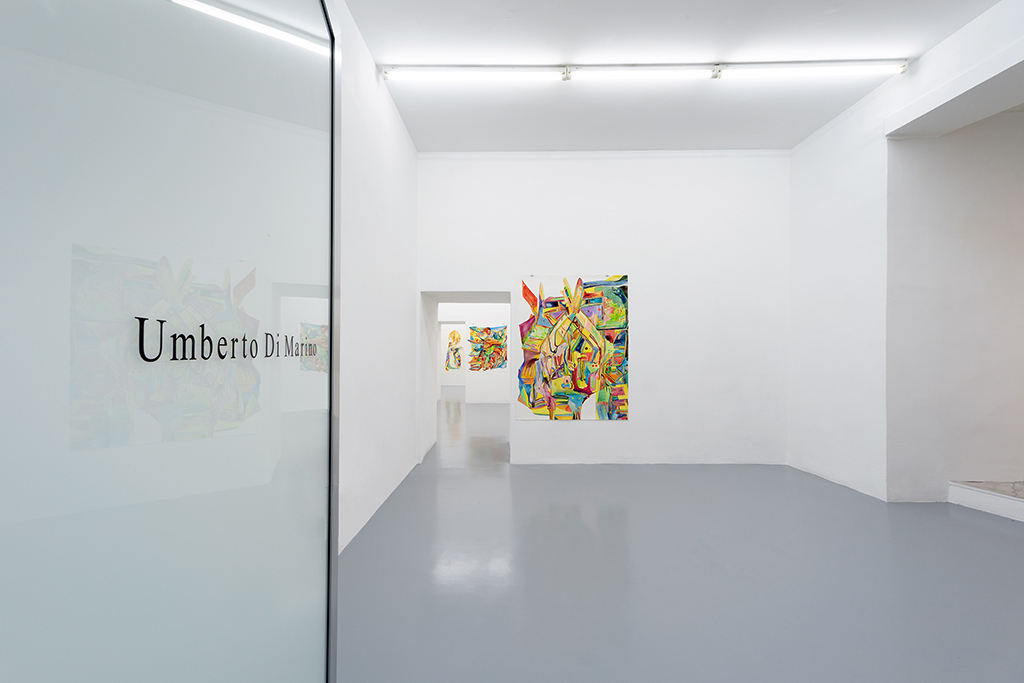 Galleria Umberto Di Marino is pleased to present the fourth episode of the new cycle of Visto da qui: Santiago Cucullu (Buenos Aires, 1969) - Antifa Psychelica. The Argentinian artist, who has always been interested in an original analysis of the processes of aesthetical deconstruction, bases his own research on the unmasking of mechanisms linked to the globalisation, that has become a characterizing phenomenon of the contemporary society in the last decade of the century. Thanks to the power of the mass media, globalisation is spreading quickly on a large scale, producing a lowering of the threshold of attention. The progressive lack of critical awareness and the loss of individuality induced Santiago Cucullu to trigger visual short circuits in order to shake the viewers out of their intellectual sleep, urging him to consider from different points of view both a personal and a collective story. The three Santiago Cucullu's works are being exhibited for the first time in the gallery. Antifa Psychelica, 2008, Pink Pirate Faerie, 2009 and Untitled, 2005 strongly highlight, still today, the necessity of a public discussion about the issue and the mechsnisms of globalization in regions such as the South American ones. The exhibition follows the project Visto da qui, launched in April 2019. It was an early opportunity to reflect on the gallery’s structure and on the exhibition making, with the aim of reducing the overproduction of contents and focusing the attention exclusively on the works. Through the retrieval of works from the storage, the project tried to find a sign of openness towards more effective forms of interaction, including social and economic ones. The idea of extending the gradual dematerialisation of production should be viewed as a stance and assumption of responsibility towards the cultural mission that galleries have always adopted towards their own contexts.