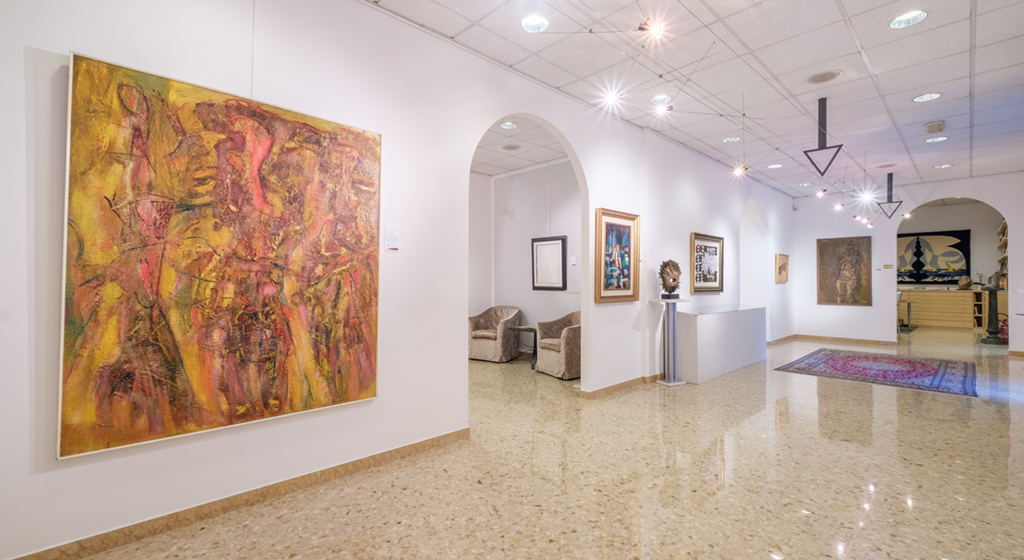 Galleria Cinquantasei was founded by Estemio Serri and his wife Silvana in Bologna in 1980 and in its forty years of history has become a benchmark for collectors and academia. The founder began his experience in the art world in 1972 with “Edizioni Cinquantasei”, a publishing house specialized in art books and graphic design. The first venue of the gallery, “Via Murri 56”, was inaugurated with the exposition “Emilia Romagna tra le due guerre”, which made use of the artistic advice of Franco Solmi, who was the director of GAM, Gallery of Modern Art of Bologna, at the time. The main aim was to promote the protagonists of the great Bolognese school between the nineteenth and twentieth centuries: the books and the great exhibitions, both public and private, brought again to national attention these important artists. The current location in via Mascarella 59, where the gallery moved in 1996, is set as a big and elegant lounge on two floors, one with an exhibition space of five rooms, one cafe\ cafeteria, a bookcase and a huge library that make it a small multimedia center. In the third decade of its activity, the gallery has decided to deal mainly with artists known nationally and internationally (Sironi, Campigli, De Chirico, Carrà, Balla, Severini, Fontana, Schifano and others) and some selected contemporary artists such as Mirella Guasti, Luigi Pellanda and Artur Sulce. 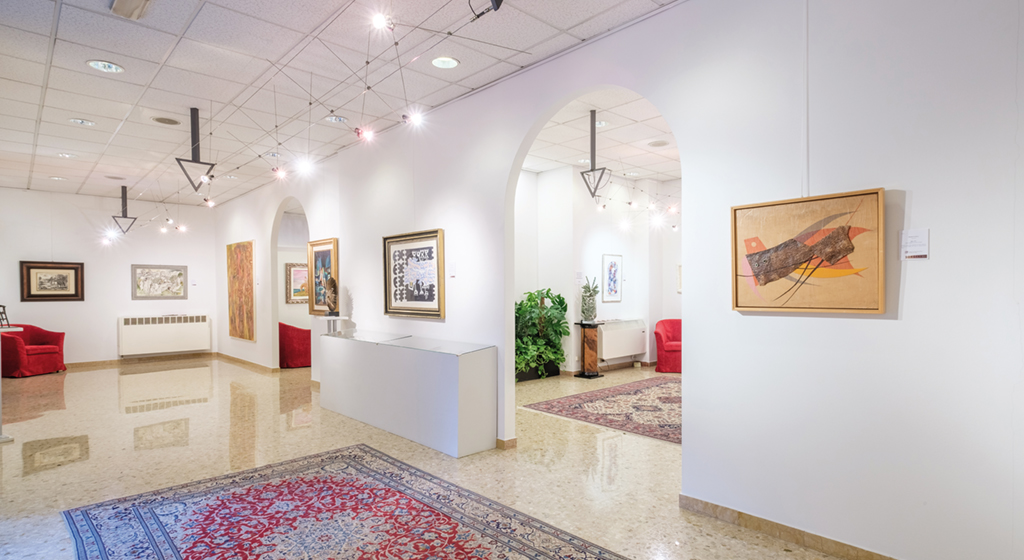