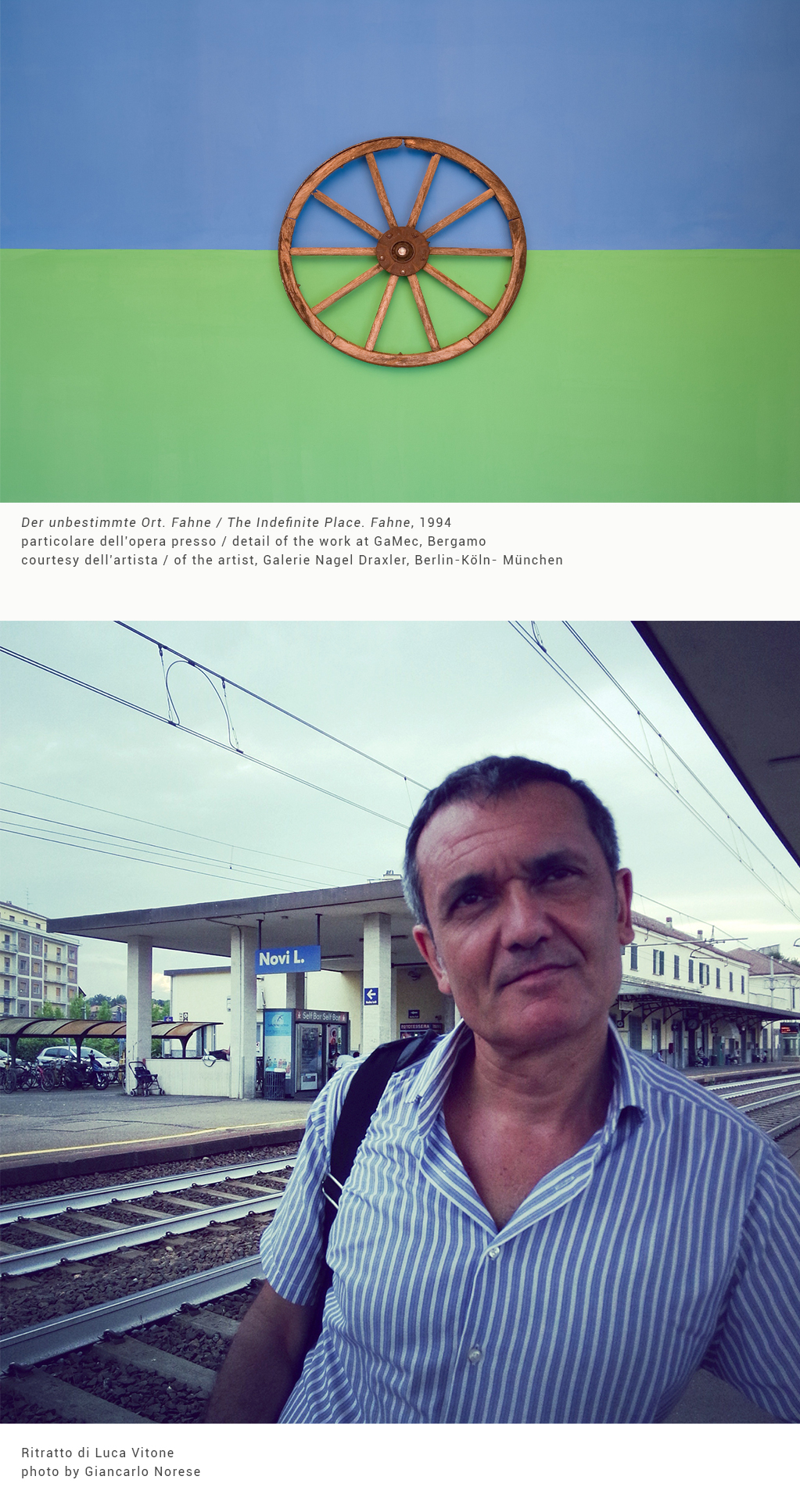 A happening conceived specifically for the spaces of Arte Fiera. Four Roma people, concealed by a folding screen bearing an image that the artist has worked on several times, read the future of visitors who become involved in their practice of fortune-telling (exercised in the form of card reading and palm reading), a custom of the Romani tradition.

At the Fair, the predictions of the fortune-tellers direct the collectors in their searches. Devla, devla... is based on the suggestions that created the project entitled Romanistan, a voyage/work in which Luca Vitone retraced (in reverse) the route by which the Roma people emigrated from India toward Europe. For Vitone, the Romani culture represents a modern and transnational ideal of a population, that almost becomes a forerunner in the light of current mass migrations that are upsetting the socio-political balance of the planet.

Luca Vitone (Genoa, 1964, based in Milan and Berlin) began his artistic activity in the second half of the ’80s. His work focuses on the idea of the place, inviting us to recognize something we already know, defying the conventions of mutable, faded memory that characterize the present. His practice explores the way places are identified through cultural production: art, cartography, music, cuisine, political associations, ethnic minorities. Vitone bridges the gap between the sense of loss of place characteristic of the postmodern and the ways in which feelings of belonging arise in the intersection of personal and collective memory. He reconstructs and invents forgotten paths to reconfigurate his own personal geography The work of Luca Vitone has been shown in public and private space both in Italy and abroad. Recent exhibitions at Italian Pavillon and IILA Pavillion at 55th Venice Biennal, and solo shows at Neuer Berliner Kunstverein Berlin, P.A.C. Milan and Centro per l’Arte Contemporanea Luigi Pecci in Prato, which currently host his solo exhibition Romanistan, winning project of the fourth edition of the Italian Council
www.lucavitone.eu