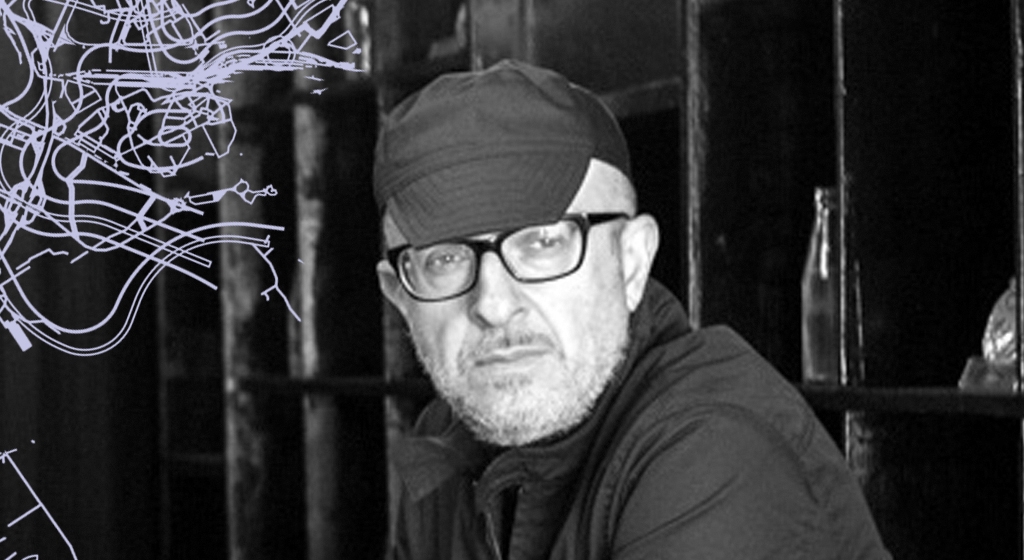 One of the most significant artists of his generation, Flavio Favelli was included in the 50th and 55th Venice Art Biennale. Arte Fiera 2019 hosts his “Hic et Nunc”, a sort of museum space dedicated by him to the general public, located in the central service plaza of the fair.

The Fountain by Quinto Ghermandi

Perhaps, in the wake of Gilles Clément’s Third Landscape, there is also another half-way zone, a Fourth View: those artificial neglected places, their significance now lost although they remain physically intact. I have no other words to describe the fountain by Quinto Ghermandi in front of the Nuove Patologie block in the compound of Bologna’s Sant’Orsola Hospital just outside the ancient San Vitale city gate.

Neither abandoned nor in a state of disrepair, it nonetheless goes unobserved - probably also on account of its location. Yet this bronze complex is of great interest since it harks back to the great tradition of fountain building, today practically non-existent. The two concrete basins surrounded by a large planted bed contain two bronze groups that echo, albeit somewhat figuratively, the plant world: two groups of enormous - almost prehistoric - leaves resembling the Gunnera plant - or  perhaps elephant ears - shiny and slimy from the falling water, stand together with tall reed-like stalks that also recall organ pipes. They are examples of that ‘modern’ nature, conceived and imagined at a time when natural greenery meant just a colour. Ghermandi’s poles, tubes and disks, the later resembling designer plates, are a far cry from Nature and the ‘Natural’. They are symbols of man’s industry, which despite the threatening skies of those times signalled progress. By the same token, the grey concrete water basins are more like industrial pans than a goldfish pond in an Italian garden.

Although the clumps of papyrus grass lend a warm exotic touch, there is something absolute and atomic-aftermath about this raw concrete fountain adorned with cold shadowy forms. Standing in the middle of its planted bed, it is passed by patients, their relatives and a constant series of ambulances in low gear as they draw up at the entrance. A great attraction that perhaps Ghermandi had not foreseen, are the dozens of turtles now in the fountain. As reptiles, they reinforce the sense of the prehistoric alongside the ‘super-future’: they existed before and will still be there tomorrow, as we are told in books and films.

Who knows whether Ghermandi designed this work for its particular context in front of a hospital entrance. Whatever the case, the setting is one of great intensity. Two and a half years ago, my mother was hospitalized in that same building, and despite everything I found comfort before the fountain. It was there, a solid presence defying time, bearing witness to the fact that Art is different from the Earth, or Nature and its unforgiving iniquitous eternal rules.

The fountain is there to tell us that Art is fiction, concept and utopia. Artifice, abstraction and defiance. 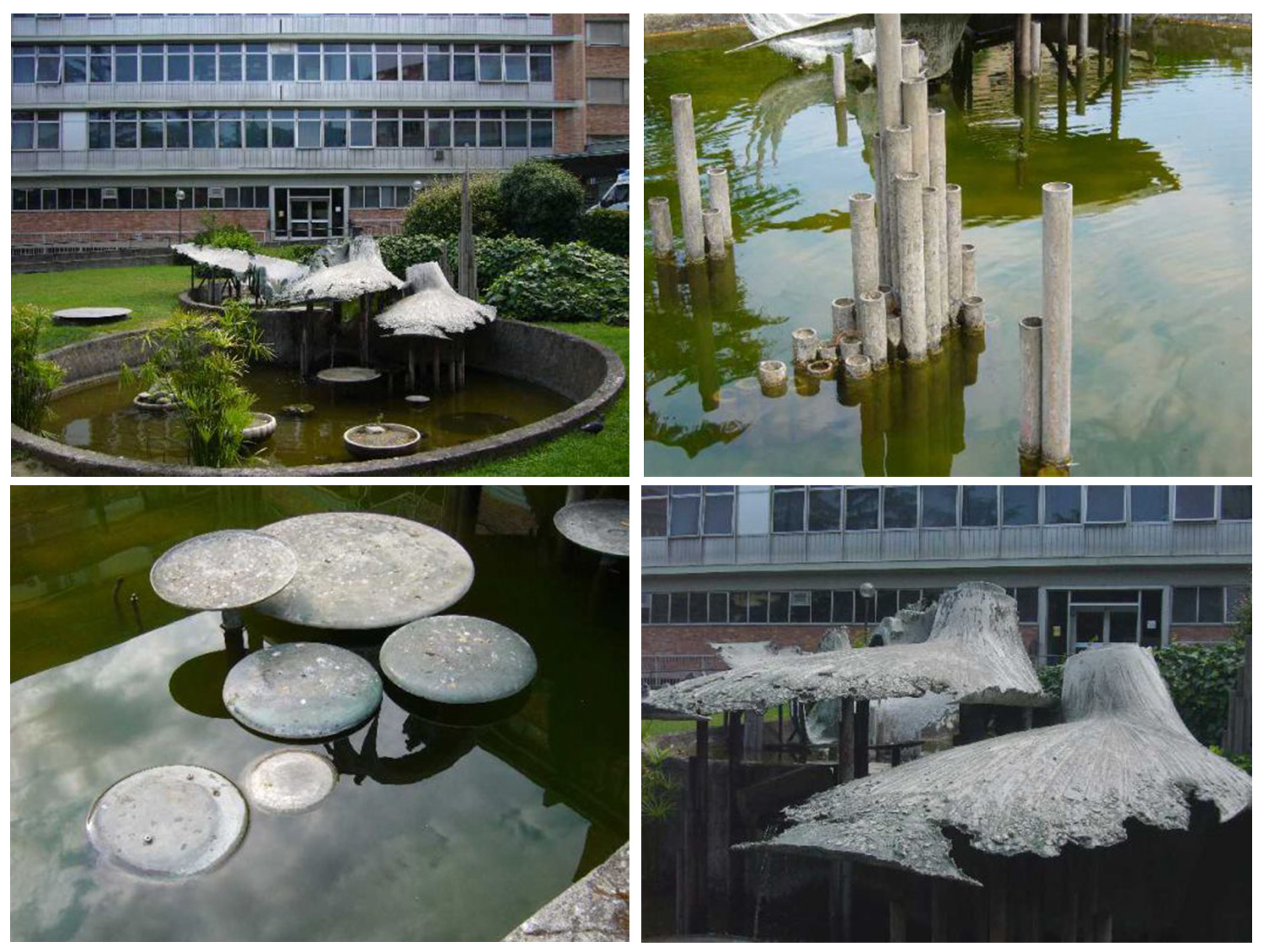 Large fountain in front of the Nuove Patologie block in the compound of Bologna’s Sant’Orsola Hospital
Sculptor: Quinto Ghermandi