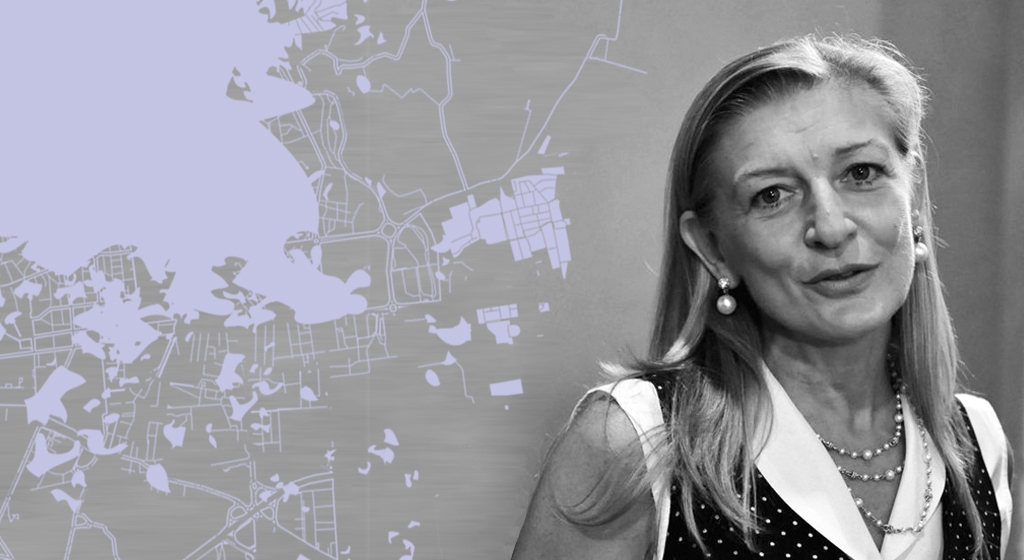 Silvia Grandi is an art historian and curator. A Professor in the History of Contemporary Art at the University of Bologna, she focusses primarily on performance art and current forms of moving images. She curates shows and exhibitions in public and private spaces, including the recent VHS+ at MAMbo and Volo IH 870 at the Ustica Memorial Museum in Bologna.
For Arte Fiera, Silvia Grandi is the referent of the Bologna University Art Department for cultural mediation in the Courtesy Emilia-Romagna series of shows.

I can never forget the first and craziest event I curated for the 1994 edition of Arte Fiera. Bologna was sparkling and full of creative energy in those years, with alternative spaces such as Depot, Link, Livello 57 that offered shows and events outside traditional circuits, and where, to the sound of music and clinking glasses of wine and beer, you could meet friends, artists, curators, and gallery operators who came to Bologna from all over Italy for frequent inaugurations. Campo delle Fragole and Neon were the two galleries of reference for young artists, but the more traditional Studio Cavalieri and Studio Cristofori galleries were equally important, hosting shows by neo conceptual and neo pictorial artists who gathered around the foremost critics of the time: Roberto Daolio, Giacinto Di Pietrantonio, Gabriele Perretta, Roberto Pinto, Gianni Romano, Marco Senaldi, and me, all driven by the sacred frenzy of experimentation and, especially, all gravitating around «Flash Art», the principal publication in those years. Along with Joannis Kopsinis and Michele Mariano, the two artists who had the idea, I offered the Scientific Committee of Arte Fiera a special performance project to be held in a small hall in the Fair District: a five-a-side football match (yes, you’ve read correctly) between two teams of artists, neo conceptual and neo figurative, divided by style. The names of the two teams, TV Drella and Kappa Uguale, derived from the two brands used by Mariano and Kopsinis. The project was approved and put into the Fair’s official programme, so we began looking for sponsors to pay for setting up the space as a regulation football field, plus uniforms for the teams, coaches, masseurs, linesmen, referee (Giancarlo Politi, the publisher of Flash Art), as well as the cost of the gigantic cup for the winners and hard-copy advertising material (back then, the Web was in its early stages and social media didn’t exist).

Our sponsor for this adventure was Tecno Test s.r.l., an electromechanics company which, entering the art system in the early ‘90s by proposing its exhaust gas test devices as artworks, was part of the group of “Companies” listed in the well-known text Arte & CO. by Loredana Parmesani (Milan, 1993). The entire performance was planned in every detail to make it a faithful replica of a football match, and I even went to the Dozza Stadium to ask to borrow the original goals used for the Italian Five-a-Side Football Championship. I also managed to obtain the presence of the legendary Renato Villa (a former player on the Bologna team and considered an icon in the city) at the award ceremony. We prepared everything: press releases, leaflets, and even numbered tickets that were distributed in the halls of Arte Fiera in the days before the match. Finally, the great Sunday arrived.

The teams put on their uniforms in the locker rooms and the match was played for 90 minutes, leaving several injured players on the ground (including Vincenzo Chiarandà of Premiata Ditta, who crashed into linesman Roberto Pinto). The result was incredible: the neo conceptuals won thanks to a penalty kick by Anna Stuart Tovini of Premiata Ditta and, basically, because this team had a larger reserve player bench (in fact, some of them were put on the opposing team, given the scarcity of “football painters” in those days). So, the young conceptuals showed more grit and determination, but when all was said and done, and with a wave of his hand, Giancarlo Politi changed the game rules and gave the victory to the losers, awarding the cup to the team of neo figuratives and celebrating with the traditional run around the field, but with an additional surprise: he took back the cup, declaring that its rightful place was the Trevi Flash Art Museum.

After almost 25 years, I’m sure I’ve forgotten something, so, in addition to thanking all of the friends who took part in the performance, I think it’s only right to publish the information and formations for that match, a historic event for the art system: 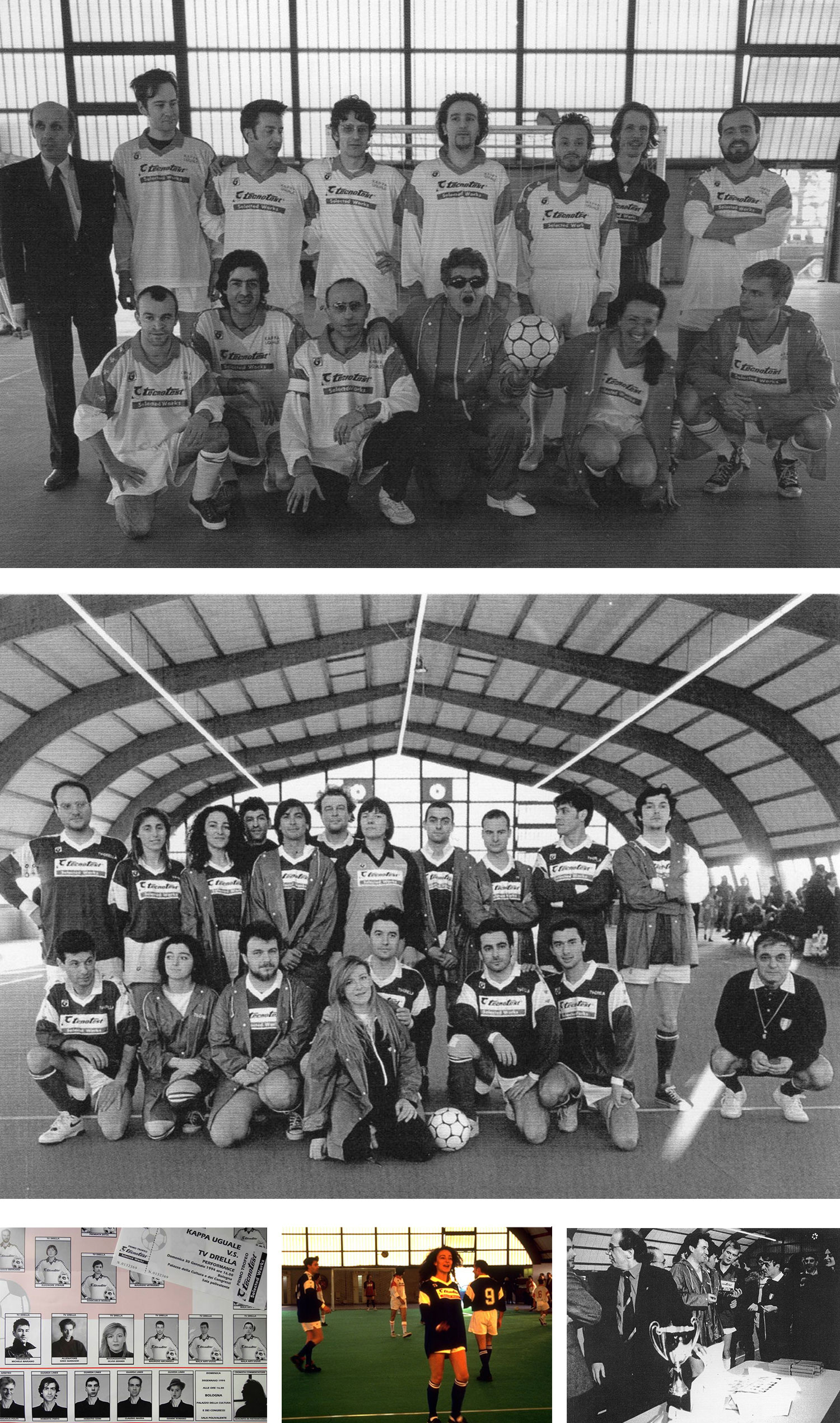