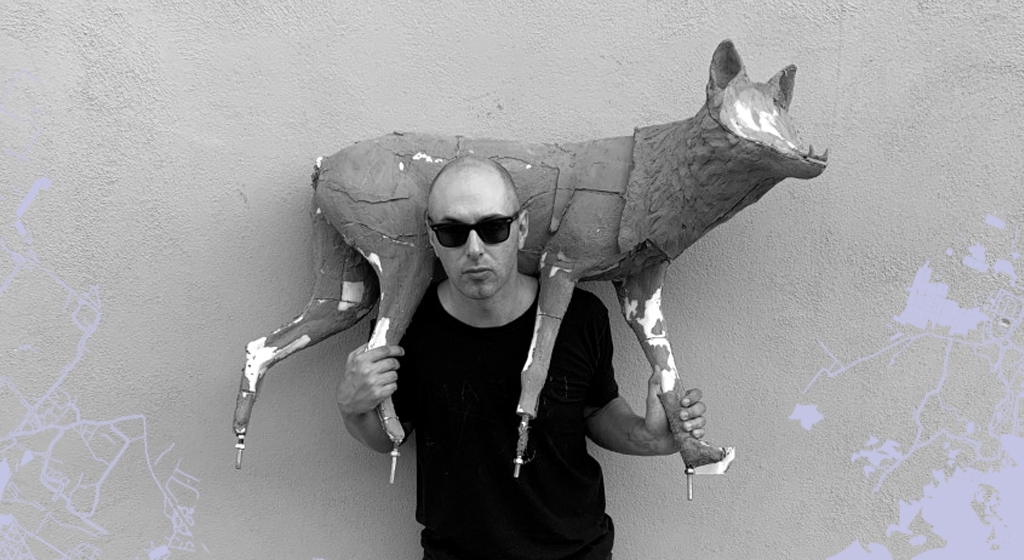 Nico Vascellari was born in Vittorio Veneto (TV) in 1976. Nico currently lives and works in Rome.
He is considered to be one of the most important Italian artists of his generation. During Arte Fiera 2019 he performed "Ciao Ciao Arte Fiera", part of "Oplà. Performing Activities" program.


Bologna. Isola Nel Kantiere was a place I never managed to see because it was closed shortly before I began going to concerts. I’d seen some VHS cassettes and heard that the air was unbreathable because there were always too many people there, and I even have some fliers for concerts that I’d like to have heard.

Then, all of a sudden, the ‘Stop Al Panico’ video appeared on MTV. I have to admit that for me Bologna is still linked to those years, even if I wasn’t there myself. So, in 2006, when Andrea Lissoni, Silvia Fanti and Daniele Gasparinetti invited me to take part in Netmage, one of the things I did was transport the stage of XM24 (a community centre in which I had heard and played many concerts) to Palazzo Re Enzo and use it there.

(January 2006. A few days after Netmage I was already in NY, where I lived at the time. Andrea Lissoni called to tell me that the suit I wore in A Great Circle, and that we exhibited in Palazzo Re Enzo, had been stolen and that the surveillance cameras had recorded everything.)