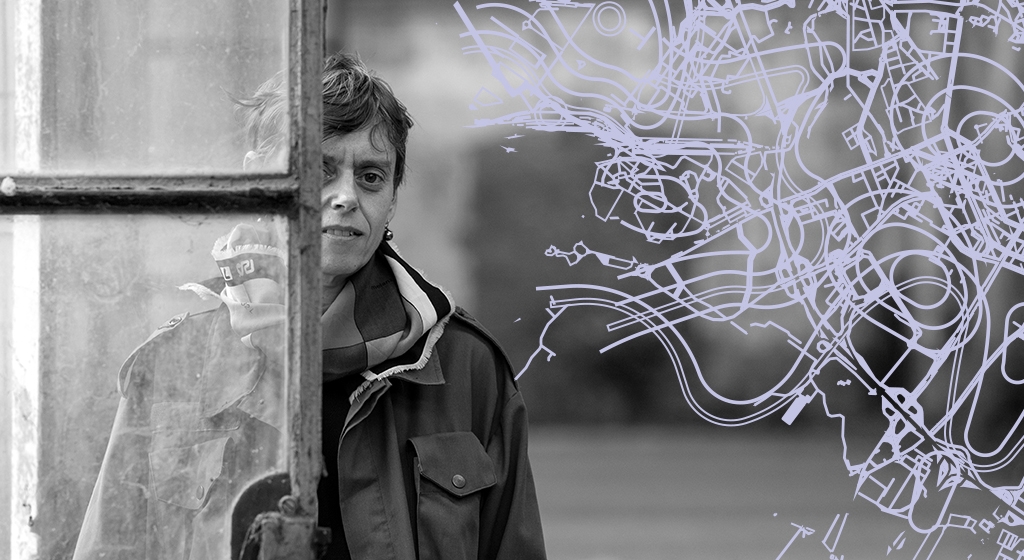 Silvia Fanti is a performing arts curator and programmer. She has founded and co-directed several independent transdisciplinary research organizations. For one of these, Xing, she recently curated the International Contemporary Performing Arts Festival (F.I.S.Co.), the Netmage Festival, Live Arts Week, and Raum. Silvia Fanti will be curating the programme of performances called “Oplà. Performing Activities” at Arte Fiera 2019.
www.xing.it - www.liveartsweek.it

Irresponsible and irreverent, W – or upside down M – signs first started appearing in the centre of Bologna in 2007. Conceived by the dance and theatre company, Kinkaleri, the 4 luminous white Ws on a red background take their cue from the classic ‘M’ of the Metropolitana, the Italian subway system. Overturning the M and making it a W gives it a whole series of different meanings: Wanted, Wasted, Wrestling, and Waudeville. The 4 W signs were placed in 4 different sites around the city to mark the 4 ‘underground’ venues of 4 Live Arts events that took place in the early years of the new millennium.

The W signs signify the ‘apocalyptic construction of marvel’. They are still there today, spatial and visual references to something that happened, the silent testimony of an event. Yet how many meetings have we arranged taking the W as our landmark? For the W is a positive joyous gesture born of a subterranean vitality that saw Bologna in the forefront. They are an ineffable fantasized presence, the expectant hope of meeting up with all those who reach out to inspiration born of serendipity as they move between cultures. 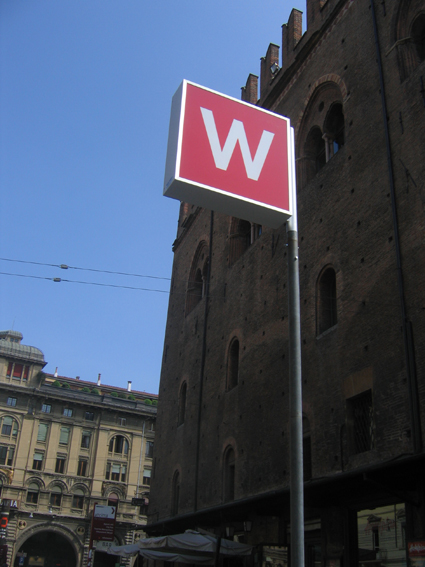