FRANCESCA PASSERINI
An art historian and archivist, she has worked at the Lercaro Collection in Bologna since 2007, doing research on the art collection, curating shows, and organising training courses for all kinds of audiences. She is a member of ICOM-Italia and has published many papers, especially on 20th century art. She was made the Director of the Lercaro Collection in 2020.

CLAUDIO CALARI
A graduate of DAMS in Bologna, he attended the Master course in “Marketing and Communication of cultural heritage and services” at Il Sole 24 Ore (Milan) and later graduated from the G.B. Martini Conservatory in Bologna with a three-year degree in Jazz Saxophone. Since 2010, he has worked at the Lercaro Collection, where he is the Director of marketing, of the technical area, and of special events.

At Arte Fiera 2020, the Lercaro Collection presented a show of works by Ettore Frani, a young artist with a thriving career and a long relationship with Bologna. Ettore specialized at Bologna’s Academy of Fine Arts and was immediately appreciated by galleries and private collectors. His relationship with museums dates back to a group show in 2011, and since then we have never lost sight of him.
The show entitled Le dimore del pittore (The painter’s dwellings) was conceived as a small experimental installation, as opposed to a museum’s customary format. The first new element was its organization as a work in progress “observing” the artist’s research: in fact, on 25 January and 3 April he replaced/will replace some works with others.
The underlying theme remains the same: the inner self-portrait. Frani conceives each work as a witness to that special but fleeting instant in which humans experience a profound spiritual opening.
For Frani, the mediators of this encounter are the objects he uses every day: a jar of turpentine, brushes, his table, a starry sky…. The result is a poetic of “hearing” the infinite revealed.
To be honest, I have to admit that it’s not easy to absorb the atmosphere of these works – made only of black and white - at first sight. Their immediate impact is difficult, but they gradually open up with surprising force.
So, since January, I’ve taken a pause in the museum every morning, because these works attract in a way that we’re not used to: slowly and with poetry.

At a certain point, I, Francesca, had a flash: Giorgio Morandi’s engravings have the same effect on me. An exaggeration? Who knows? Art draws on human experience, and when you talk about humans it’s hard to draw clear and permanent boundaries between one territory and another. So, here we are: in certain ways, Ettore’s works remind me of Morandi’s engravings. Of course, I’m not talking about their graphics and technique, but about theoretical and ontological aspects.
At first, Morandi isn’t easy either, but then every time you look you see – really see, with your inner eyes – new things. And then, above all, they’re two-colour prints. With Frani, just like the engravings, there’s really only one colour: ivory black (white in black!).
Frani works in a unique way: on a white-enamelled wood table - like a blank page, like the metal sheet that the engraver degreases and covers with paint before tracing the grooves. On this white surface, he sketches outlines with black mixed with linseed oil and then, right after, spreads or removes it. Using different tools, he gathers it, spreads it, eliminates it, each time precisely calculating the pressure exerted by his hand. It’s painting by subtraction and condensation: shapes, volumes, and shades generated by studied, skilled, never random gestures.
In its essence, this method reminds me of Morandi’s: his meticulously calibrated study of every outline, his assessment of the tiniest change in the mark and, therefore, in light and shadow. Except with Frani the gesture coincides with the placement of shades, which in the printing process is done instead by inking the matrix. Conceptually, the final synthesis is the same: the overall result, and especially the shading, depend on the quantity of black that the artist applies and removes. Like Morandi, Frani removes the useless and does it with acute awareness: he doesn’t want to describe or tell, but rather to give visual possibility to the part of truth that is revealed in a brief moment of personal encounter. Therefore, his choice of two-colour as stylistic cypher is anything but random, and is based on the same reasons that (for centuries and even with their differences) have stimulated countless artists to tackle the engraving process: seek the pure, first, original essence of things by suggesting, not imposing it. Seen this way, I think Frani and Morandi the engraver had similar aims.

The second innovative aspect regards the planning of two performances, curated by me, Claudio. Actually, the music for the performance was written before the show started: after Frani sent me photos of the works, I took the liberty of recording a short track of music that I gifted him to express my thanks, an acknowledgement of the capacity of his works to touch the depths of the soul.
We were immediately on the same wavelength, and this track developed into three sound “movements” that follow the flow and meaning of the show: a sonic carpet meant to put the viewer into closer contact with the artist’s works, in a search for a “beyond.”
John Cage, after his famous 1952 composition 4′33″, said that “No silence exists that is not pregnant with sound”: I think this is the best example to explain the piece written for Frani, because it develops around the use of silence as understood by Cage. The piece is non-ornamental, and takes the form of a slow and expanded harmonic mutability with an extremely rarefied melody. In this way, the music plays with minute elements of the sound, with low drones and harmonics that take on an almost “ritual” function. The sound is never used merely to fill the space, but rather to build, develop, and understand it.
The performance makes sense with the contribution of Valerio Longo, a professional dancer and choreographer whose movements, with great sensitivity and never pedantically, and without ever falling into weak or affected postures, express the tensions and emotions embodied in the act of painting. 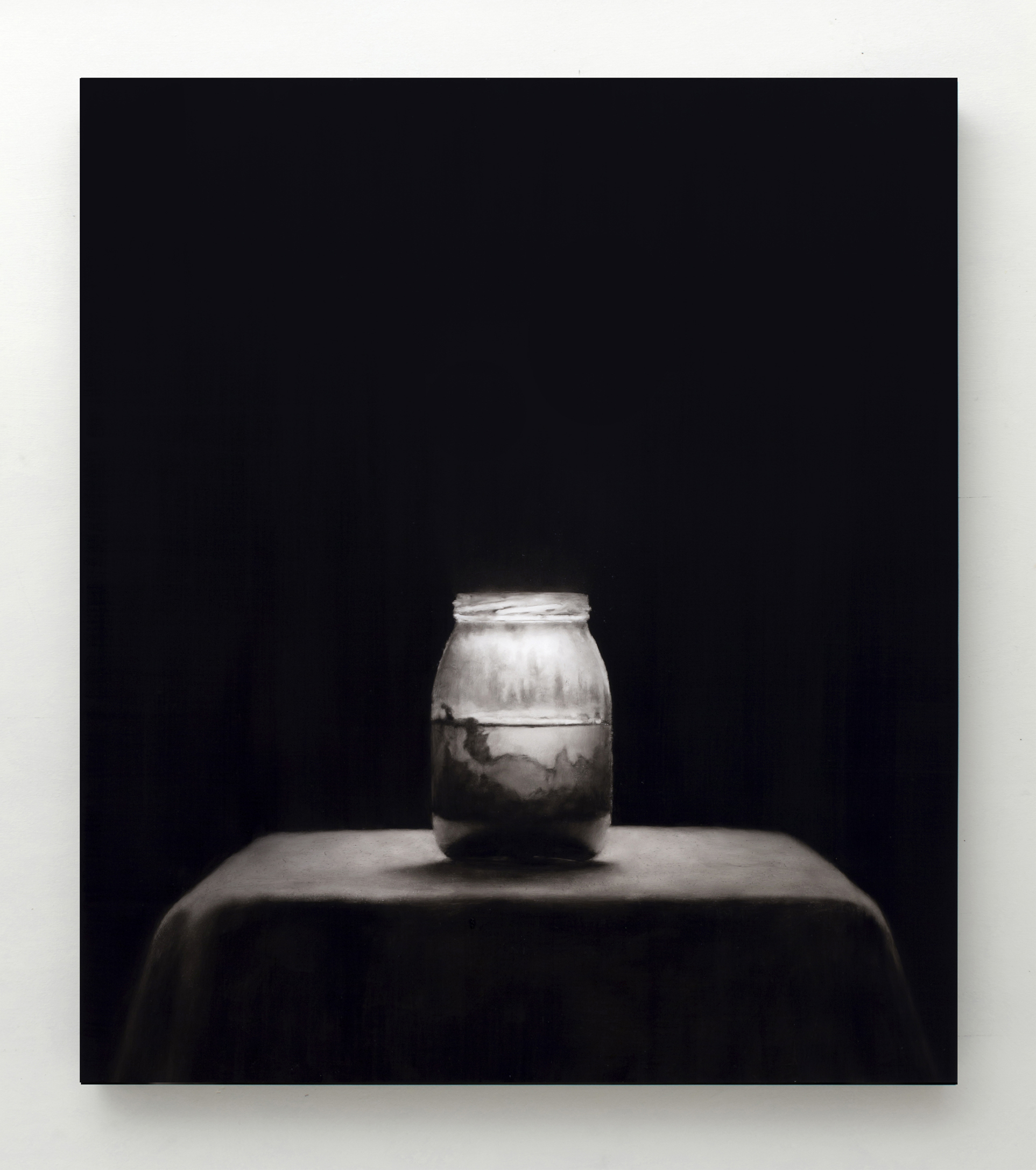