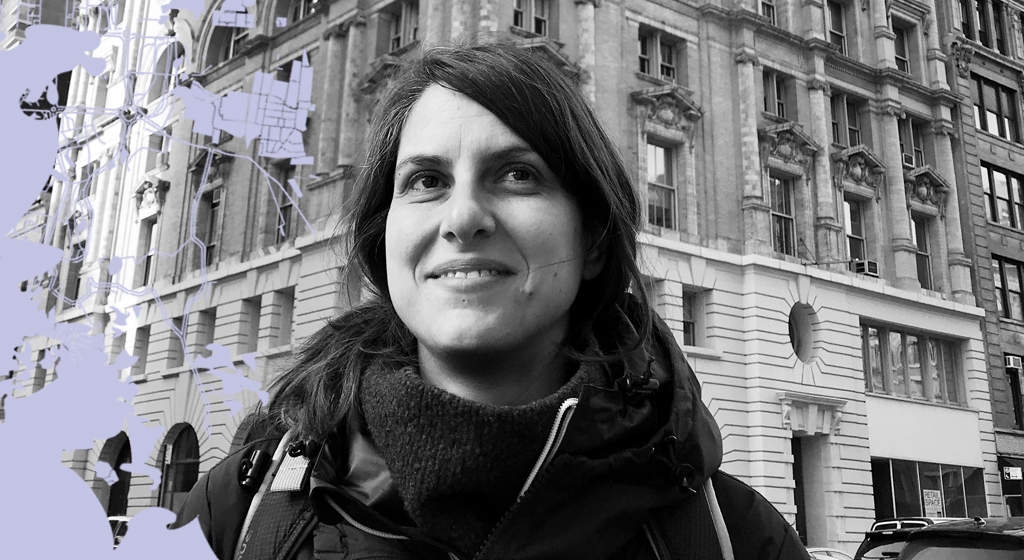 Ludovica Carbotta (Turin, 1982) lives and works in Barcelona. She received a Master in Fine Arts from Goldsmiths University in London (2015). Her work has been exhibited in personal and group shows at prestigious institutes in Italy and abroad. She is a co-founder of Progetto Diogene and of The Institute of Things to Come. She has received numerous awards, including the Menzione Speciale al Premio ITALIA (Museo MAXXI, Rome, 2016) and the Premio New York (ISCP/Columbia University, New York, 2018). Her recent works (installations, texts and performances) border on reality and fiction and express her ideas on the concepts of site, identity and participation.
Together with Lara Favaretto, Ludovica Carbotta is the only Italian artist chosen by Ralph Rugoff, curator of the 58th Venice Biennial, for the international exhibition in that city.


Ludovica Carbotta’s recent work explores what the artist calls “Fictional site specificity,” a practice that elaborates imaginary lands or projects real places into fictional contexts. To date, the artist’s most important creation in this line of research is the ideal (or dystopic) city “Monowe,” first presented in Bologna in 2016 at the contemporary art project ON. Carbotta describes the work (now at the Fondazione Sandretto Re Rebaudengo) as follows:

The Bologna installation was composed of two installed elements and an audio guide. The two structures were the start of works for the city of Monowe: the city’s point of entry and one of the first pillars supporting the bridges and walkways that form this imaginary city. The stairs, the main entrance to Monowe, overlooked the Cavaticcio canal and was installed exactly where a bridge should have been built according to Aldo Rossi’s design for Manifattura delle Arti: a bridge that would link the Azzo Gardino area to the MAMbo Museum.

This unfinished project interested me. Aldo Rossi’s design was re-worked by several people before taking its current form, and visually the belvedere requested a continuation of the architecture. There are tiers above the canal, a sort of theatre whose stage is the canal itself. The tiers continue, narrowing to steps that rise toward the John Klemlen garden. The entrance to Monowe was the continuation of these steps.
The second structure was in via Don Minzoni, at the point where it passes above the canal: the walkway widens to a triangle and forms a belvedere on the park.

Monowe follows the structure of the polis, with all of its systems, infrastructures, and entertainments, compressing it for private, individual use. It reproduces a public system in a version for the individual, above the existing one. Monowe, the title of the project, is also the name of the city. It combines two words: mono and we.

I was immediately interested in the area of the Manifattura delle Arti because it seemed undecided, an interweaving and overlapping of various urban redevelopment projects and plans (such as the Aldo Rossi bridge, Embassy cinema, tobacco factory, etc.) that make it a hybrid of new, “redeveloped,” and dormant. Moreover, this area has several underground canals that meet in a precise point and provide evidence of the ancient city below streel level.

The city within the city is designed for just one person, exasperating and contradicting the very meaning of polis. It is a city built vertically, overlooking the real one. This city-for-one represents the exasperation of real estate speculation and reproduces the mechanism of gated communities: a place so exclusive that it becomes a sort of prison in which the sole inhabitant spontaneously decides to live. On the one hand, it allays one’s fear of strangers and expresses the desire to defend one’s assets and property with clear-cut borders; on the other, it is based on the utopian city as a from-scratch reflection of city size, contradicting its very meaning: no longer a group of citizens, but instead an institution for an individual.
My aim was to propose a real-time experience of an imaginary future structure.

The two structures installed in the public space hinted at a potential vertical growth of the city and were accompanied by an explanation of the work in the form of an audio guide. The sculptural element expressed an intentionally incomplete aesthetic, while the audio guide described the future shapes by suggesting their potential uses in the city. In this permeation of incomplete sculptural shapes and narrations, the viewer participated by means of imagination and personal interpretation.