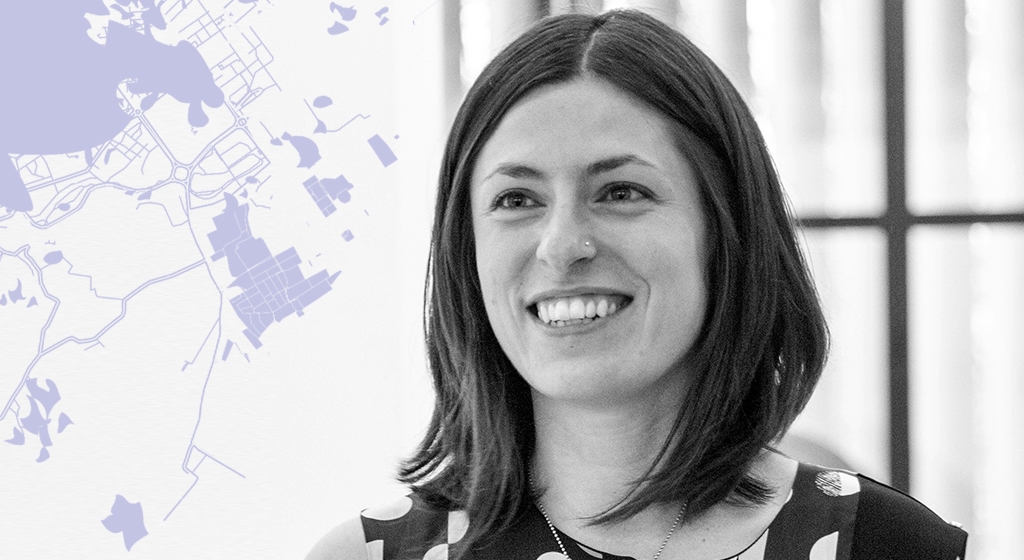 Sara Piccinini studied in Bologna and Brussels, and did an internship at the Peggy Guggenheim Collection in Venice. In 2018 she was appointed Senior Coordinator of the Maramotti Collection in Reggio Emilia, where she has worked since before it opened to the public in 2007. Works from the Collection were exhibited at Arte Fiera 2019 as part of the exhibit “Solo Figura e Sfondo”, the first event in the Courtesy Emilia-Romagna series.

I met Margherita Moscardini for the first time in early 2015 in New York, where she was working on a photography project on the subversive power of empty spaces in the city. She was also attending Felicity D. Scott’s “Architecture. Human Rights. Space Politics” course at Columbia University, which stimulated her interest in refugee camps as cities destined to endure. During those weeks, Palmira was destroyed by the Islamic State, and the bloody civil war and Syria became her paradigm of our time, unable to defend humanity and its civilization.

In 2018, after three years of study and time spent in the Za’atari refugee camp thanks to the initiative of the Italian Council, she submitted to the Maramotti Collection a proposal for a book that was extremely important to her, and that became a tool for analysis and awareness of her project entitled “The Fountains of Za’atari.” The project derives from discussions on her book (to be published in 2019): on 13 April the Collection will inaugurate an exhibition and the first public sculpture in a Reggio Emilia park will be presented.

The Za’atari refugee camp was created in 2012 in a semi-desert area north of Jordan to receive Syrians fleeing the war. In 2014, it held 150,000 people; now there are about 80,000 residents, making Za’atari Jordan’s 4th-largest city.

When Margherita talks about Za’atari, one of the first things she mentions is the city’s dysfunctional planning: although its water, electrical and purification systems run at medium-high standards, its homes are made of containers and the use of cement is prohibited because everything is still considered temporary – despite the fact that (according to the UNHCR) the average life of a camp is 17 years. Its residents try to organize things themselves, but there is no real plan, no idea for present and future development provided by the organizations running the camp.

Margherita has created a map of the courtyards with fountain built by residents in the spaces defined by their container-rooms, based on the model of the Arab home. The Fountains of Za’atari project is designed to launch a system to sell sculptures that reproduce Za’atari’s courtyard-with-fountain models on a 1:1 scale, sculptures that can be bought (and in a way adopted) by European institutions and governments for public spaces. The fountain’s builder becomes the direct beneficiary of the sale, thereby creating an ethical system that sustains the camp’s economy.

In addition, she wondered: how can the condition of a stateless person seeking refuge be expressed in the plastic arts? The answer is that these sculptures will have to become objects with “super powers,” benefiting from a special law with elements of immunity and extraterritoriality, which over time will qualify them as “black holes, power vacuums in the country.”

This is a powerful, relational, utopian project with real roots in current affairs - a project that returns to Art the responsibility of interacting with the real world.