Selva Barni founded Fantom and is a photography curator and editor. In addition to her work as a curator, she lectures in the Master in Photography and Visual Design course at the New Academy of Fine Arts (NABA) in Milan. Since December 2017, she has been the visual editor of Domus, the international architecture journal directed by the architect Michele de Lucchi. Fantom has curated the “Photography and Moving Images” section of Arte Fiera since the 2019 edition.

Everyone who knows me knows that I love tortellini in broth. I was talking about this recently with my Bolognese cousin Franco, professor of philosophy at Bologna University and one of the last scholars in circulation, and he told me about the first mention of the word “turtellectos,” diminutive of “turtellecti”, in a legal document from 1300, related to a possible murder by poisoning. My curiosity was piqued and I of course immediately found the book in which he had read the story: Racconti storici, estratti dall'archivio criminale di Bologna ad illustrazione della storia patria per cura di Ottavio Mazzoni Toselli (Bologna 1870 – published by Antonio Chierici). 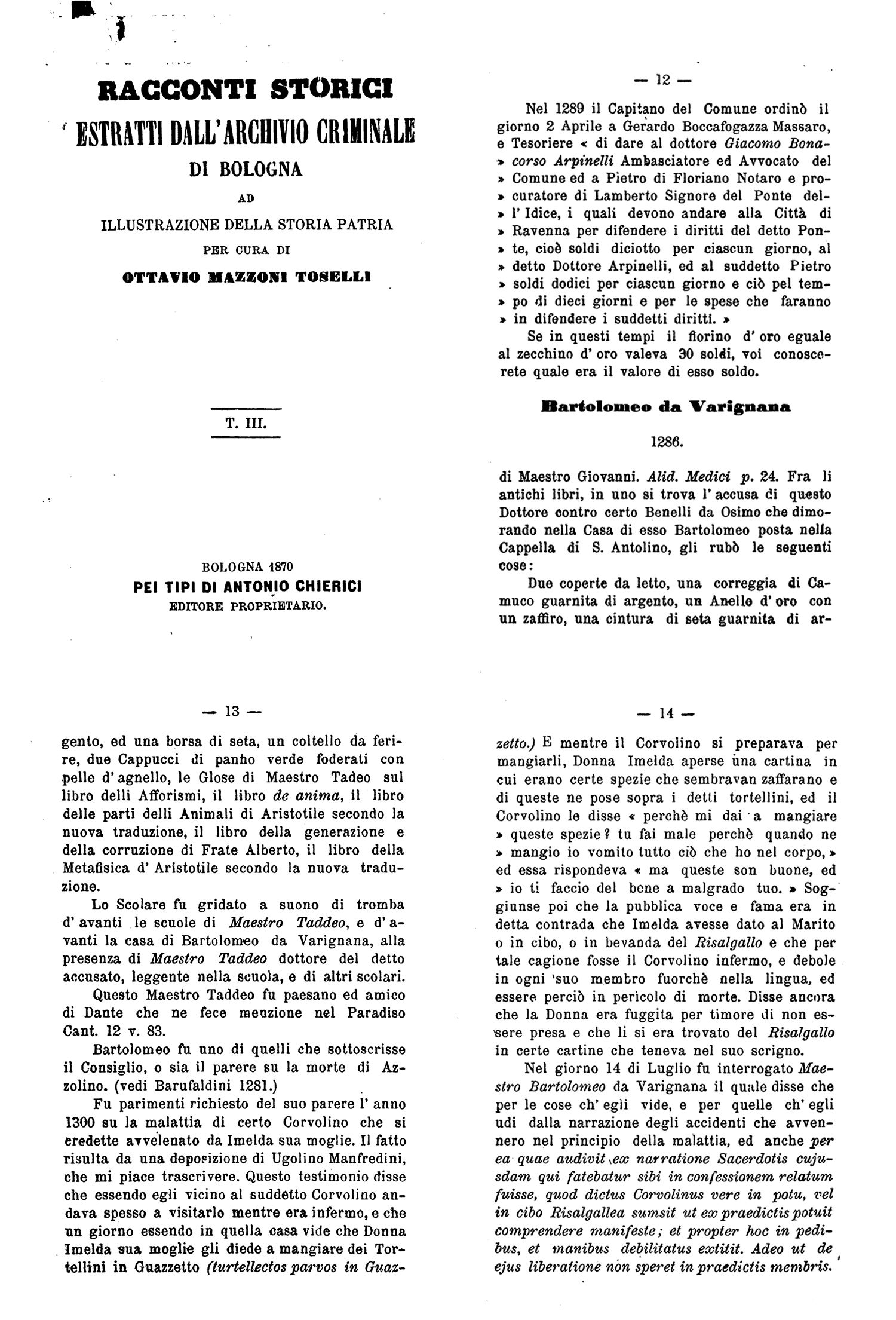 It seems that in July 1300, a certain Donna Imelda, evidently tired of her husband Corvolino, attempted to eliminate the inconvenience with a plate of turtellectos parvos in guazzetto, and that “while Corvino got ready to eat them, Donna Imelda opened a packet containing some spices that looked like saffron and sprinkled them on the tortellini. Corvolino said, ‘Why are you giving me these spices to eat? You know you shouldn’t, because when I eat them I throw up everything in my body,’ and she answered, ‘But these are good, and I’m taking care of you in spite of yourself.’ According to public opinion and gossip in the district, Imelda had given her husband either food or drink containing Risalgallo.”

We don’t know if Corvino survived the turtellectos, but we do know that Donna Imelda ran away, for fear of being captured.

Risalgallo (now called realgar), is a red-orange mineral powder based on arsenic. It was used in painting, but artists quickly stopped using it because it was poisonous. I’ll certainly be thinking of Donna Imelda, of the unaware Corvolino, and of all of Bologna’s curious stories when I will visit the city’s archives and museums in January, as I always do for Arte Fiera., quando il prossimo Gennaio girerò, come sempre per Arte Fiera, tra i suoi archivi e i suoi musei.